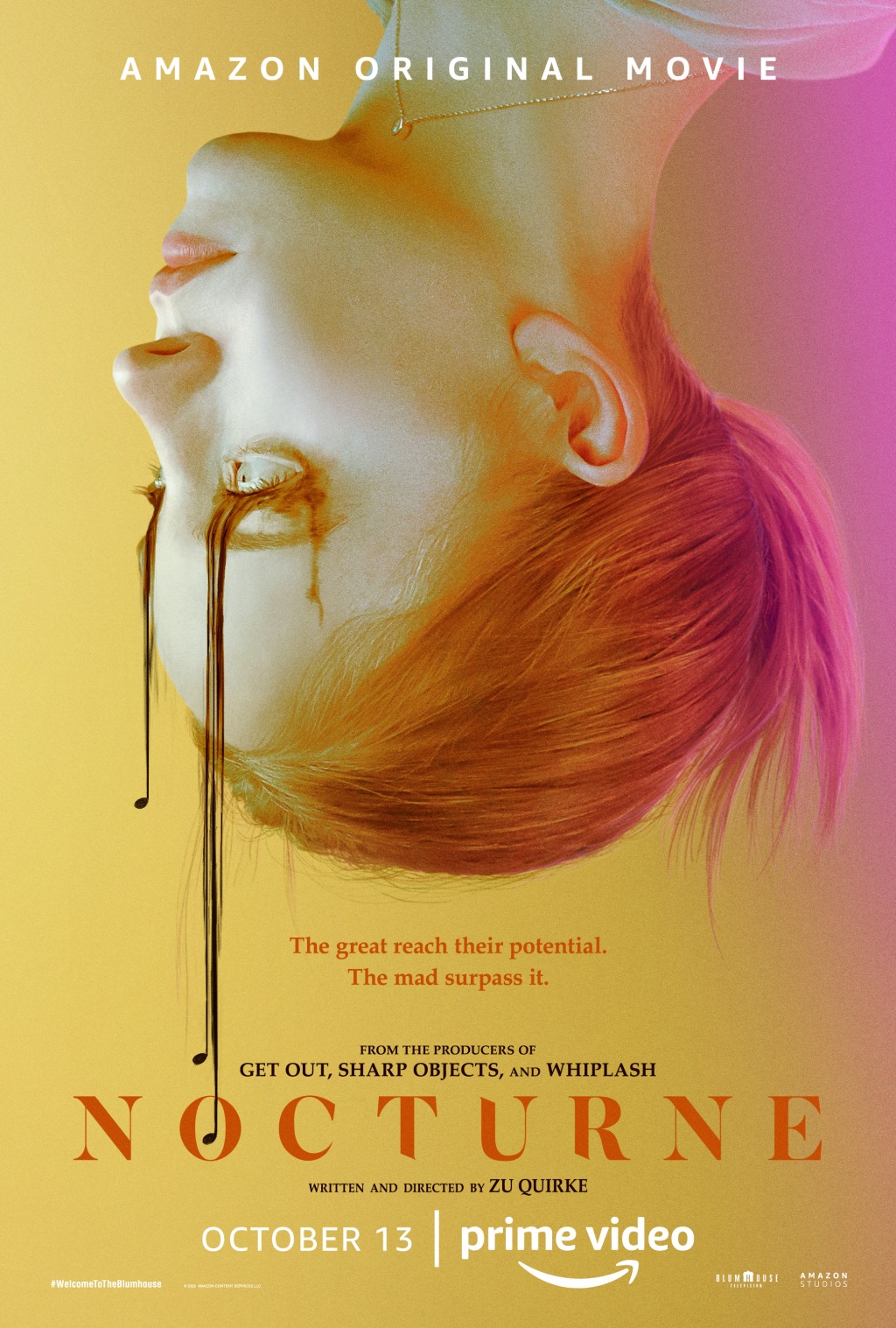 The Stream: Predictable and aimless.

The Big Screen: Music and lighting is used to good effect.

Here we are in October and horror movies abound. If you are like me, you avoid them like the plague. Fortunately, for you, I set my fears aside to watch a preview of Nocturne, a new Blumhouse production, that premiers on Prime Video on October 13th. This one is billed as a horror, mystery, thriller about an ambitious young pianist, who takes drastic steps to be the premier musician at her school even if it means betraying her twin sister. Here’s how it goes down.

Like I said, I am not a horror movie enthusiast, but, if I have to watch a “horror” movie, there better be some pay off. Nocturne does not deliver. In the first scene, which is not a spoiler, the film sets a tone by showing the audience that at this prestigious music academy another student mysteriously kills herself, which must play into the narrative as a whole. It’s so shocking (I say sarcastically) – I wonder if that girl is going to come back (:eye roll:). Once the plot gets going, it all become so obvious. The problem with Nocturne is that it is a familiar story, so there needs to be another angle or something to set it apart. I kept thinking about Black Swan which tackled the desperation and sacrifice of an artist (ballet dancer) in the horror, suspense, thriller genre in a more fascinating way. Nocturne feels like it wants to lean more on the horror genre but there is literally only one scene that may qualify it for the genre and it’s not even scary. There’s barely any tension except what comes from the music that plays and some lighting choices. The cast doesn’t help the story along either. No one is particularly interesting or memorable, and even the main character played by Sydney Sweeney doesn’t even exude the kind of desperation that is supposed to propel this story.

The one unquestionable asset to this movie is that fact that it is less than an hour and a half.

While Nocturne is not offensively bad, it’s not entertainingly bad either. It is predictable and even though the movie is short it feels like it meanders until it ends. If you are looking for a scary movie to fill out your October movie fest, Nocturne is worth only an un-popped popcorn kernel.

If you want something like Nocturne but actually suspenseful and scary, watch (or re-watch) Black Swan instead.