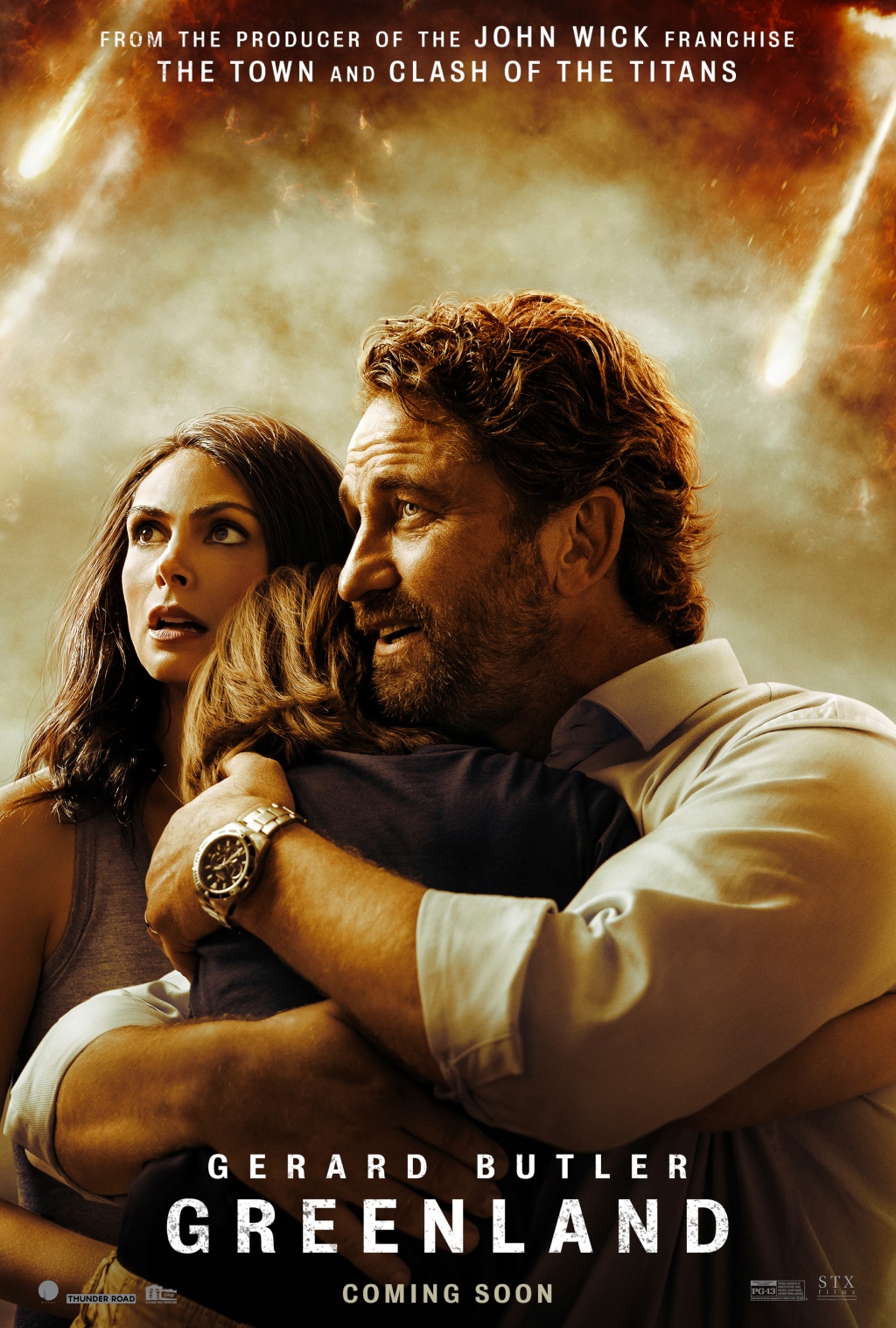 The Stream: Some CGI struggles and basic end of world storyline

The Final Bill: An intense end of the world scenario lead by your favorite Spartan

Hey streamers after an exciting weekend of movies, I decided to take it down a notch. I said to myself, “What can I watch that no one is even thinking about? . . . Hmm . . . Greenland!” The most forgotten part of the world and now, a movie from December that was once in theaters. Greenland stars our favorite Spartan, Gerard Butler, as John Garrity. We follow John as he and his family fight for survival as Earth is in danger from a surprise dangerous comet. John, his estranged wife, and son travel to what they think will be a sanctuary, as cities across the globe are destroyed. The Garrity’s become forced to fight the increasingly dangerous society around them. The countdown begins to utter destruction, but will they make it out? I know sounds intriguing right? Let’s see how it turned out.

First off, who let King Bach in this movie?! He wasn’t even that bad either, for what he did. Ok, back to the real. Greenland is “le turn up”. I mean yes, this is the exact same movie as every other “the world is ending”, or some catastrophic thing is killing the earth type of movie, but I feel like watching this particular family added value. For some strange reason, I actually cared what happened to the family and that’s a good sign. My boy Gerard wasn’t overselling anything and I was buying heavy. I could feel myself in his and his wife’s shoes throughout the movie. Yes, I may have left his son behind at some point, but I could understand the fight I would have for my own child and wife. And on top of that, I felt there was a genuine nature to scenes in this film. Particularly, in one scene where Mr. 300 is like, “We aren’t taking your child with us! Are you crazy?!” (not verbatim) But in reality it wasn’t because he didn’t want to help, it was because he didn’t want to hurt the child further in the end. It’s an early scene, but really captures the feel of this movie. Now with that said, again this movie is as basic of a story as you can get. We have the world possibly ending, looters, bandits, good people, bad people… blah blah blah. You really have to look for the character interaction to enjoy this flick. And there’s a slight feel of World War Z at one point. That being said, the cast fits well together. What doesn’t fit is the CGI at times. You’ll see the one fire scene where you’re like “this is the fakest looking fire,” but yet, you still worry that this character may get burned. Same goes for the comets. The comets looked horrible, but resulting explosion and destruction is great.

Quiet as it’s kept Greenland would’ve been pretty good to see on the big screen. Not necessary, but a couple of scenes would’ve been pretty good on the big screen. As far as end of the world scenarios go, Greenland was a pretty solid depiction and worth a big box of fresh streaming popcorn. And you wouldn’t even be mad at yourself with a bowl of popcorn during the matinee in theaters.