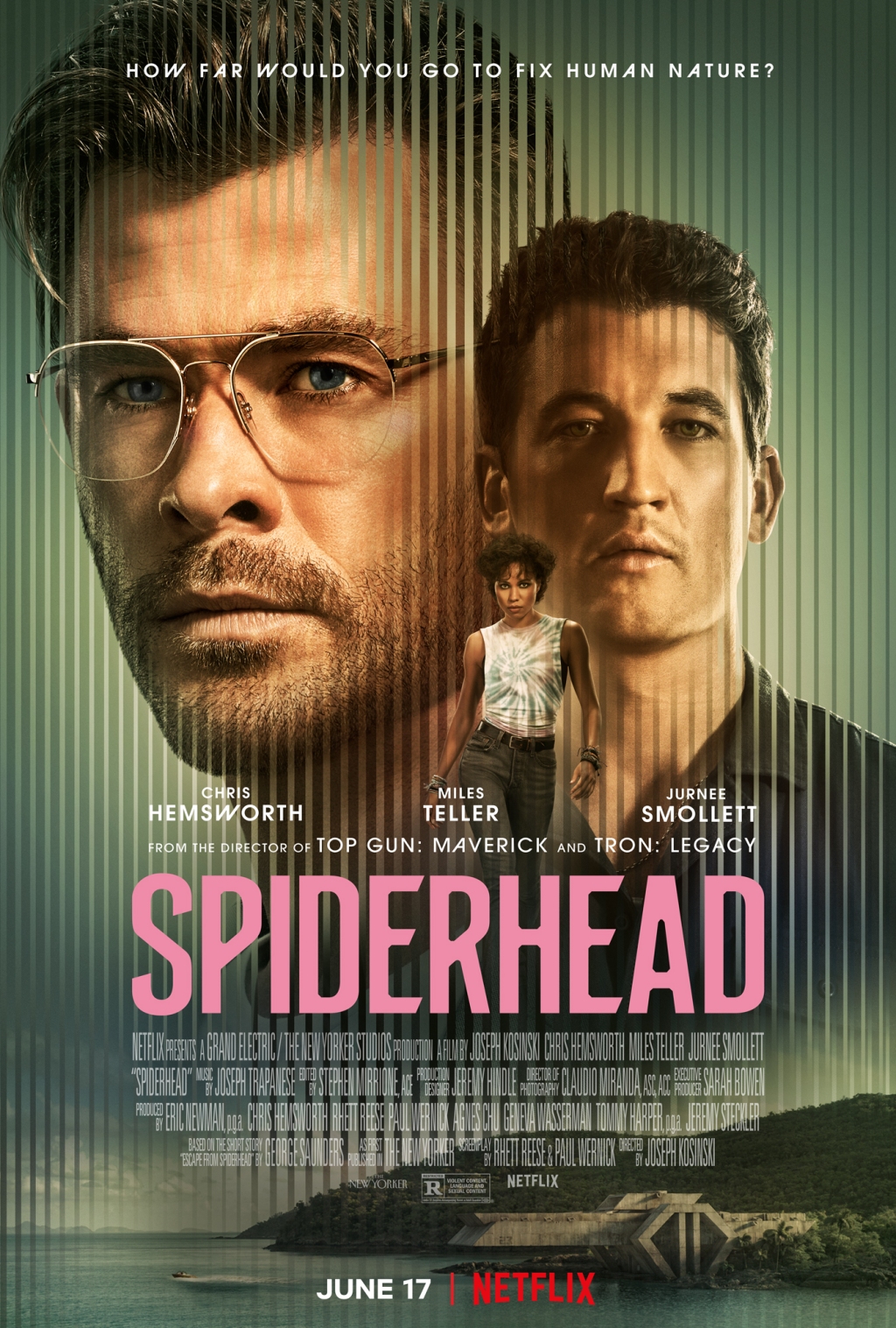 The Final Bill: Interesting premise slowed down by the pace of the plot

Welcome back, Streamers. With all the content being released, we are literally stuck in a spider’s web trying to get these reviews out to you. Do we go with this movie or that one, and yet we still find time to put out the low hanging fruit? This week we were able to watch and review Spiderhead. The movie was released June 17th on Netflix, sorry for being tardy to the party but here we go. Spiderhead is set in the near future where convicts are offered the chance to volunteer for a medical experiment in order to commute their time in jail. We follow a couple of these subjects as they try to decipher if their feelings for another are real or is it just the experiment. Let’s find out the result of the double blind.

First, this was not a double-blind experiment. The movie might have been a bit more interesting if it were but don’t get excited about that. Here the concept is clever, not necessarily new, even if it makes the viewer think, “Would I do this type of thing to get out of jail faster?” Based on our experiences throughout the pandemic, the answer is people don’t trust drugs, LOL. Anyway, still watching this experiment play out is a bit interesting. I kind of wanted more of it or not be thrown in towards the end. The scenes with the experiment are worth watching, kind of the only things worth watching actually. I think we get thrown in a bit too late which makes there be a lack of emotional connection to the characters. We find out they are towards the end and mention vague allusions of the early experiments but it’s hard to really get an idea of the experience just from their descriptions. On top of that, it’s hard to care about criminals (this country doesn’t really care about those people once they’re in jail), but I think a bit more of the experiment would’ve helped. With that said, the cast is the sticking point of the movie. You’re coming to see Chris Hemsworth not be Thor. Honestly, why else did you even turn it on?!? You’re coming to see Jurnee Smollett as she’s been killing it in shows like “Lovecraft Country.” To a degree, you’re even coming to see Miles Teller. These three actors, along with a couple things for extras, make the movie what it is. They don’t do much but the chemistry between them, even in the negative interactions, make the movie worth watching – Hemsworth with his quirk, Smollett with her passion, and Teller was there too. That’s about it to this movie. Seriously, even in the ending of the movie, it was here and then gone with those three. Ok concept, lame execution, and heavily dependent upon the three actors going full Simple Jack to make it interesting. A bit too rushed or they just wasted early time in the movie slow playing the plot.

Long story short, for a relatively short film Spiderhead took too long to really get going. Crazy enough this movie could’ve been helped with a little bit of time developing characters and the audience’s emotional connection. The movie has an interesting concept but take too long to get going and then resolves too fast. The main actors do their best to move this movie along but for a streaming option, it still a bit forgettable. Grab a handful of popcorn and watch this when you have time but there is no rush.