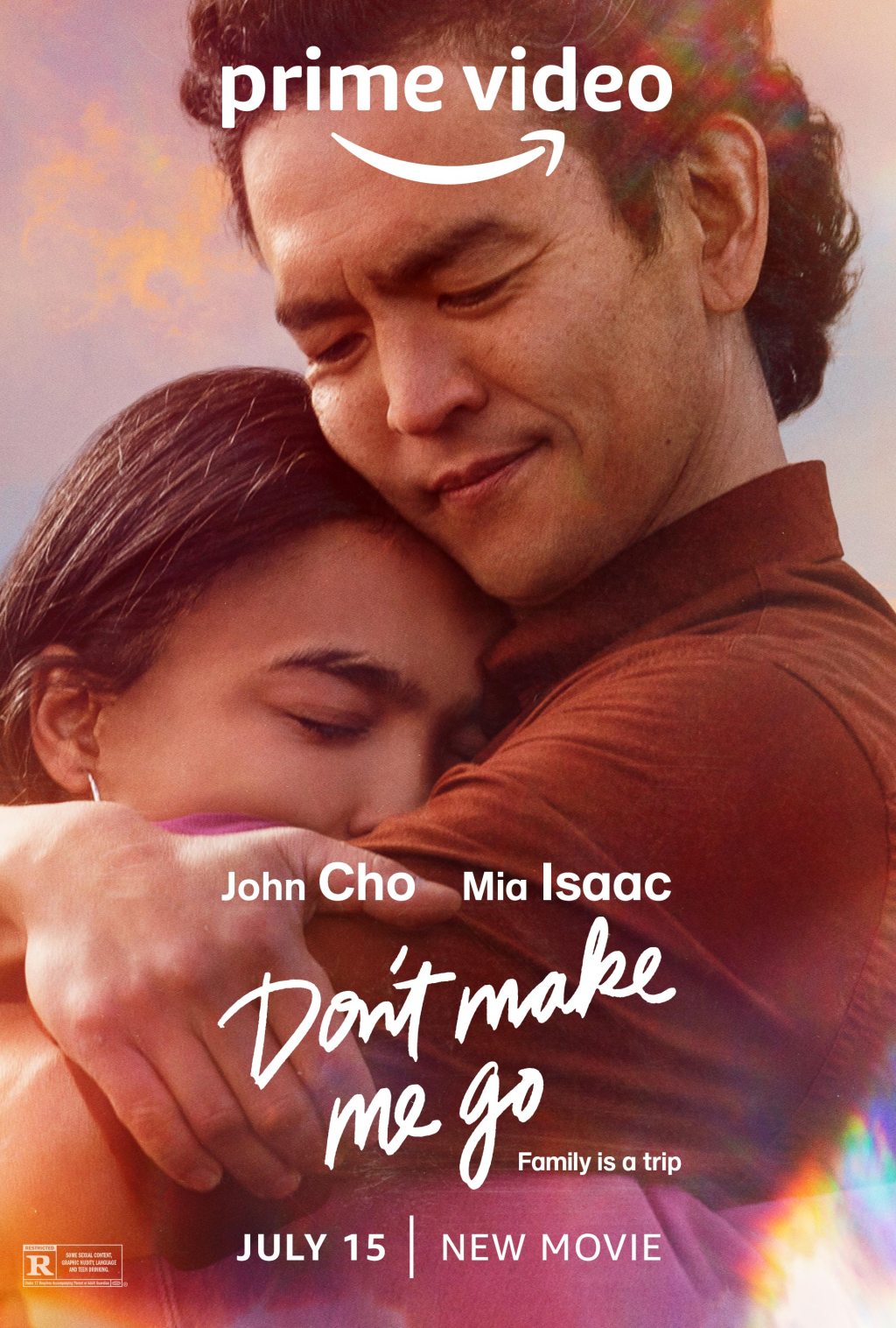 The Stream: Most of the moments in the story are predictable.

The Big Screen: Great chemistry between father and daughter with a strong emotional hook.

The Final Bill: A nice father-daughter road trip movie that’s not too reinventing the wheel but leans on its strong emotional hook.

What’s up, Streamers?!?! It’s your boy, Trip, going on a trip with the new Prime Video release, Don’t Make Me Go. I’ve been seeing it promoted on the Amazon main page, so I said, “Trip, let’s take a trip with John Cho and that girl playing his daughter.” Here’s how that trip went.

(How many times can I say trip?)

Anyway, Don’t Make Me Go starts on a black screen with the voiceover by Mia Isaac as Wally Park. She says, “You’re not gonna like the way this story ends, but I think you’re gonna like this story.” And… we’re off to the fun times with John Cho as Max Park, a single father raising a headstrong teen girl, Wally Park (Isaac). Max finds out some devastating health news that will impact his daughter’s future significantly. Instead of immediately telling his daughter, Max decides that he has to drive across the country with Wally to potentially meet her estranged mother. Along the way, Max wants to teach Wally how to drive and everything else about life in their limited time on the road. Father-daughter road trip hijinks ensue.

Well, the first line in the movie tells you to get your tissues ready. Personally, I was not tearing up, but the movie was definitely tugging on the heartstrings. They set the stake pretty high early on and because of that every moment is precious. Don’t Make Me Go is not breaking any barriers here. This is a pretty standard road trip movie. You can predict how this thing will go… for the most part. Therefore, it is necessary for the central relationship to be strong and believe. John Cho and Mia Isaac do a good job as father and daughter. They have an easy chemistry and are believable together. John Cho particularly thrives in these fatherly roles now. (Have you seen Searching? Check that out.) Mia Isaac is kind of annoying, but what teenager isn’t. She does have some strong dramatic scenes and she holds her own against Cho.

Ultimately, Don’t Make Me Go is a nice father-daughter road trip movie. It will have your emotions all stirred up from beginning to end. There are some good lessons to be learned about living life to its fullest. It also gets a little repetitive and you can guess where it’s going from the beginning… almost. If you like father-daughter stories, this one is a good to watch with a box of tissues and a bowl of popcorn.