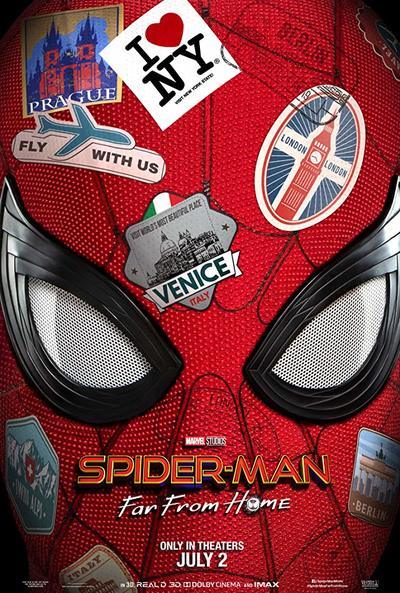 The Stream: Slow to get to the action and some comedic redundancy

The Final Bill: A must see in the theater for all of the action and intense illusions.

It’s an end of an era. The final movie of the third phase of the beloved MCU. They called in the neighborhood webslinger to close it out, like my boy Ricky “Wild Thing” Vaughn. So let’s see how Marvel tries to upstage or accompany their blockbuster hit, Avengers: Endgame.

Let’s start with the stream, or the bad, part of the movie. Honestly, the issues are very minor. The movie moves very slowly for about the first 20-25 minutes. Let’s put it like this, my Peter-tingle was not working. But, quickly this inertia passes. The only other issue with this movie dealt with some of the comedic relief. Some comedy hits very hard and everyone in the theater laughs, but there are certainly times where the comedy missed the mark. Specifically, there are repetitive jokes by certain side characters that just aren’t funny, or they used the wrong take to engage the audience properly. These jokes don’t make the movie bad, but I did find myself saying, “Oh Lord, here this guy comes again with the same ol same ol.”

With that said, Marvel has developed a roster of directors and casts that perfectly create the desired theme or essence of the hero. For example, the coordination of Ant-Man being a great comedy/heist movie led by Paul Rudd, Michael Douglas and Michael Pena. In Far From Home, Marvel created a nearly perfect teen/summer love/coming of age superhero movie. Tom Holland, Zendaya, and Jacob Batalon (Ned), for starters, played their roles very well. Just like in Homecoming, the actors play off each other quite well, even if MJ is slightly redundant and annoying. On top of that, the addition of Jake Gyllenhal, as Mysterio, was quite satisfying. He gave us superhero and super villain.

Now for the best part of the movie, the action. I was skeptical about how they were going to pull off Mysterio’s illusions, but Marvel did not disappoint. Several of Far from Home’s action sequences rival that of Endgame’s final battle – which says a lot. Marvel has cornered the market in great action sequences, especially with emotional or sentimental overtones. If for nothing else, the movie is worth seeing because of the action entertainment value.

Finally, this movie’s storyline is able to end and begin parts in the MCU universe. The end of Phase 3 was sad, but this movie gives hope to the future of the MCU. Can’t wait to see Peter, “thwiip” his ways through the rest of this MCU.

Long story short, this is just an all-around good movie. Marvel did it again. This movie is great for so many viewing audiences. I do not see how anyone will be disappointed by this movie. Get the biggest bucket possible at the theater and I promise you that you’ll get a refill and it still won’t be enough to satisfy you.