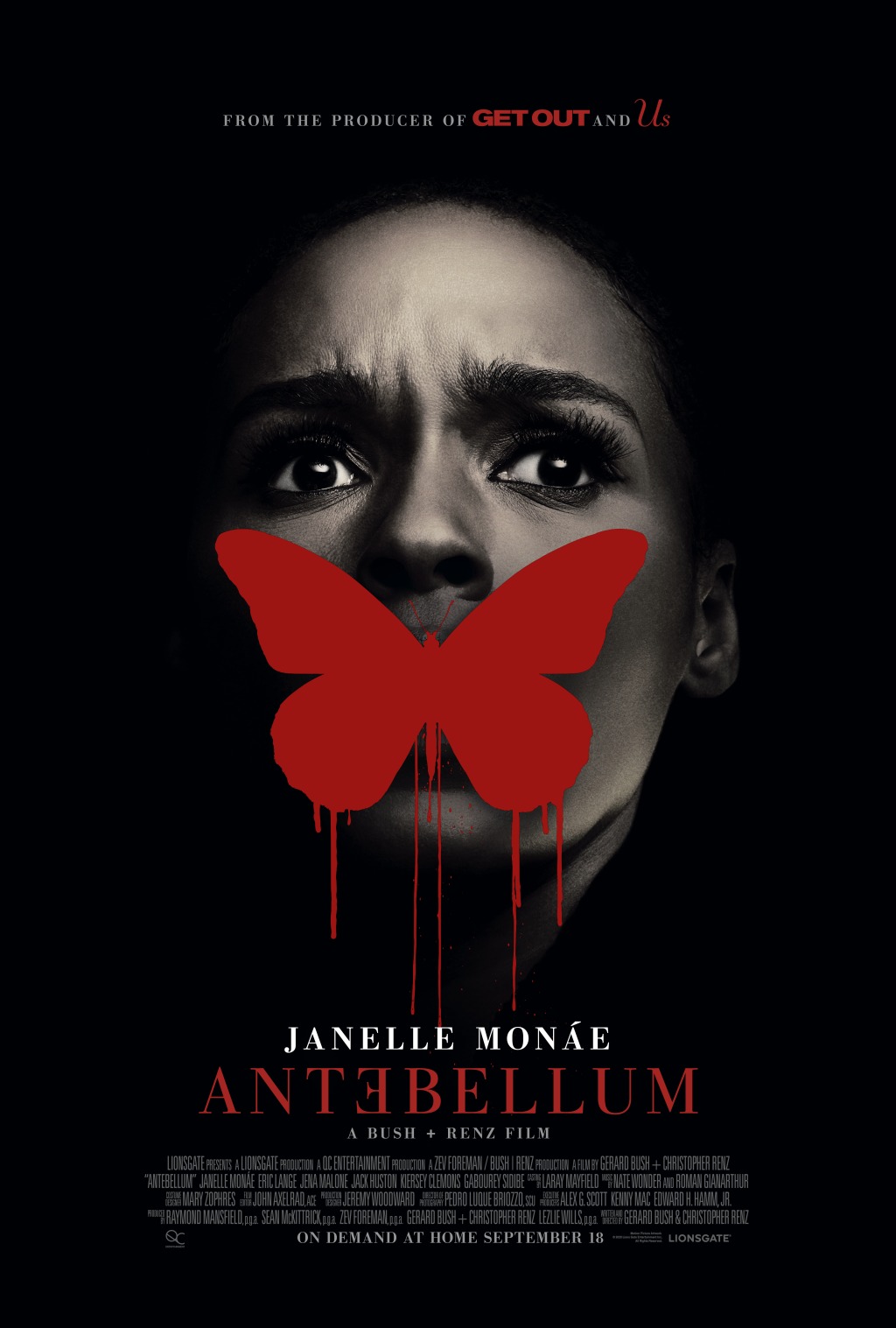 The Stream: NOT as advertised in the trailer and a very slow burn flick

The Final: Clever concept with a lack of imagination that fits the political climate

Trip Fontaine: Good weekend, Streamers! We’re quickly moving into that time of year where genre movies dominate new releases. This weekend the movie billed as a horror/thriller, Antebellum, was released on various video-on-demand platforms for our viewing pleasure. With an entertaining trailer and an intriguing, time-bending premise, Antebellum would seem to be a sure bet for an intense movie experience. Does it live up to its promise?

S2S: Here, here Trip! I’ve been sitting on pins and needles waiting for this to be released. It cost us $19.99 on video-on-demand and it better be worth it. Let’s see what was occurring or existing before a particular war, especially the American Civil War. Take it away.

Trip: It is kind of difficult to describe the plot without getting spoiler-y, but I’ll make an attempt. Janelle Monae plays dual roles as a slave called Eden, who has tried to escape the brutal plantation where she’s held captive, and as a successful author, named Veronica Henley, who leaves home for a conference in New Orleans and strange things start to occur. There is an indication that these two women have a connection and the film takes its time building to that reveal. In fact, the implication is clear in the beginning as the movie starts with a quote from William Faulkner: “The past is never dead. It’s not even past.” Eerie, but what does that really mean?

S2S: I’ll take it one step further, Trip. This is a film as its title proclaims. It’s an examination of antebellum in America or the time after the American Civil War. We are viewing the experiences of Eden while feeling the effects of Veronica. I mean to say it shows the modern-day effects of lingering Civil War relics and experiences that haunt the Black community in America currently.

Trip: Thanks for adding that, S2S. The filmmakers, Gerard Bush and Christopher Renz, have some good ideas about that. The premise of the movie is very intriguing and has a lot of promise. In fact, the theme of how the past impacts the present and how America is still reckoning with slavery remains relevant, but the film both tries too hard and is not clever enough for what it’s trying to say. Even though Antebellum isn’t a long movie and it’s not necessarily boring, it takes too long to get to the point. On the plus side, the cinematography is very good throughout and some of the images depicted are very memorable.

S2S: I wholeheartedly agree. This movie suffers from what I call potential. The filmmakers started to express ideas and images that have so much potential. The idea is almost thought out, the execution is almost there, and yet the end product just isn’t properly finished. There’s so much potential that is left in this idea and left on the table. Either they didn’t want to push the envelope too much or the movie company said, “whoa, I don’t think we want to go in that direction”. That’s exactly the sentiment I had after watching the movie. But I’m just glad they stuck with Janelle because she truly is a star with potential.

Trip: You’re right, S2S. Janelle Monae is good as the anchor for this story. I can’t say much about the rest of the ensemble because they don’t have much to do. Gabourey Sidibe plays an annoying friend, who is vulgar and annoying; and Jena Malone is perfectly cast as a cartoonishly sinister racist.

S2S: Timeout! there were other actors in this movie?! You could’ve fooled me. Janelle Monae pops off the screen and takes over the movie. Everyone else was just a distraction. I’m not saying she was amazing but like I said there is so much potential. Unlike the movie, I think Janelle is fully on her way to realizing that potential. Each role she takes continues to get better and better. I look forward to her roles in the future. Quiet as its kept, Jena Malone kept this movie interesting but wasn’t used enough.

Trip: Ultimately, Antebellum disappointed me. It is a fine movie, but it does not live up to its promise. The film was marketed as a horror/thriller and it is not that. It may be a thriller, I guess, but it is definitely not a horror movie. It may be compared to the horror/comedy/thriller of Get Out, which was actually all of the things that it was promoted to be. False advertising makes this just a handful of popcorn watch at best.

S2S: I couldn’t agree more Trip. I felt lied to with the trailer. I was promised a thrilling psychological thriller and I got a movie that every Black person in the South has feared their whole life already. The movie could’ve been more and they promised us more. I had an evening with Antebellum but I could’ve saved myself $19.99. I’ll snack on this handful of popcorn for now but I look forward to better releases in the future. Until next time Streamers!