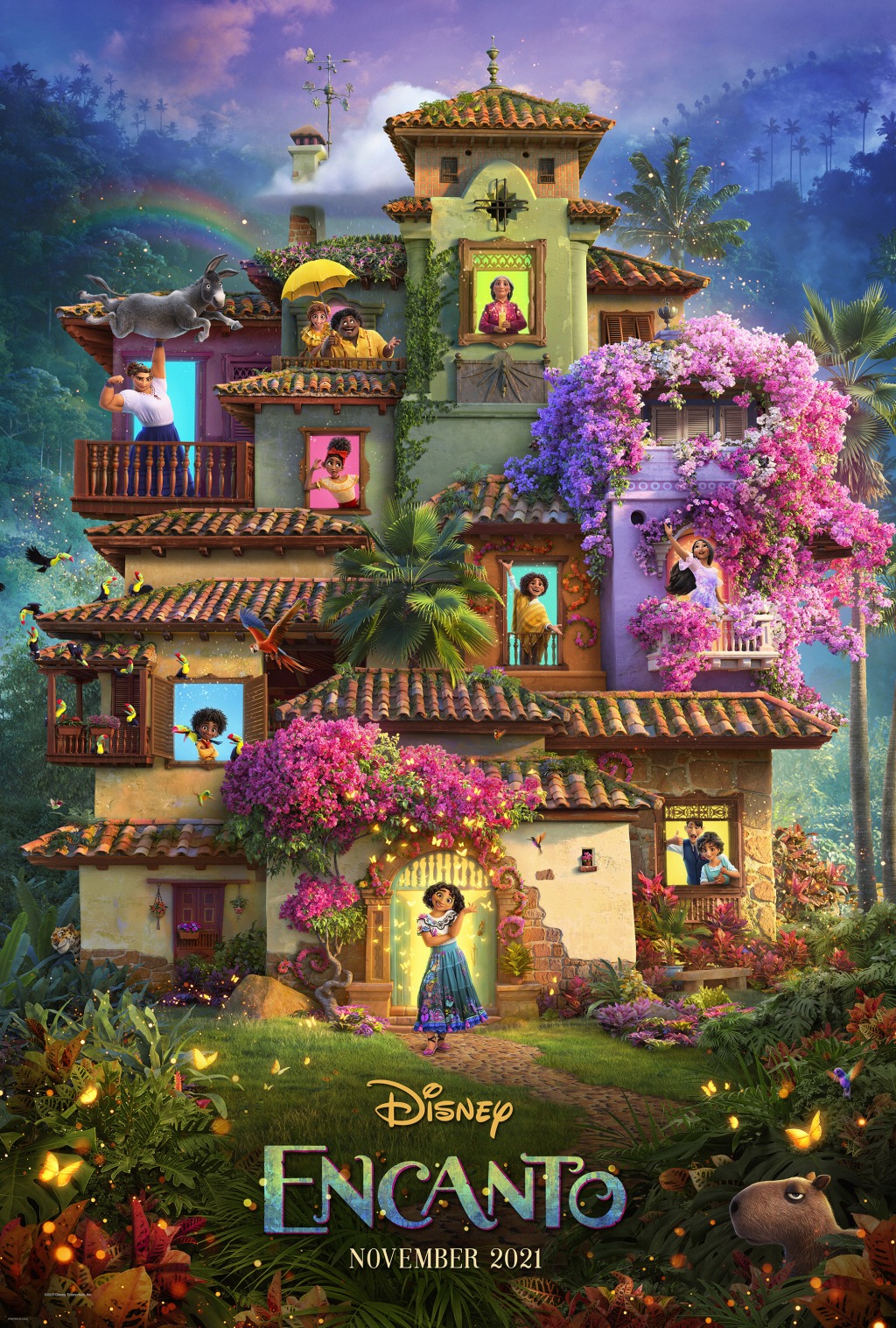 The Stream: Some characters don’t get a moment to shine.

The Final Bill: A charming movie that will entertain the entire family.

It seems like there’s some Disney cartoon movie that comes out around Thanksgiving every year. Since families are gathering during the holiday, it makes sense that a family-oriented film would be released in order to bring everyone together. This year Encanto gets that honor, and bonus, it’s about the family. Here’s how it went.

Disney’s Encanto tells the story of the Madrigal family, which was blessed with a miracle that gave each descendant a special ability, except Mirabel. Mirabel doesn’t feel special because she lacks a power like the others. She struggles to find her place in this world where magic is celebrated above all else. When the family’s magic is threatened, Mirabel attempts to protect their miracle and home. You know the story – music and humor and heartwarming hijinks ensue.

Many Disney movies can lean too childish for adults to appreciate or too grown-up for children to really get. Encanto balances it perfectly so that both the little ones and the adults can enjoy the film. The plot is simple enough to follow even though there are a lot of characters. The firs song of the movie acknowledges that there are a lot of people to keep track of. Unfortunately, some of those characters get short shrift, but that’s not detrimental to the overall success of the movie. The ultimately message of the film of self-acceptance and the importance of family is presented well and resonates long after the movie ends. Both children and the adults can grasp these themes while enjoying the visual spectacle of the film.

Lin-Manuel Miranda is responsible for the original songs in Encanto. If we didn’t know already, Miranda is a talented songwriter. He has created some very catchy tunes that move the story along. There are some songs that are fun and funny and some that hit you square in the heart. The most dynamic song and my personal favorite is “We Don’t Talk About Bruno.” Try to sit still during that one – I dare you! This movie really uses the music to great effect in telling the story, bringing the audience into the Colombian environment of the film, and sending you home dancing. My one quibble with the songs is that they can get wordy and you may unfortunately miss some of the clever lyrics.

Lastly, I’ll just note that the animation is terrific. Each of these characters have big expressive eyes. The filmmakers were able to focus on the diversity of their looks and their placement within the family. Their magical abilities are given great moments to shine. There are dazzling colors throughout. It all comes together to add to the overall charm of this story and characters.

Clearly, I really loved Encanto. The story is simple enough. The runtime is perfect. The animation is eye-catching. The music is awesome. It hits emotional highs and sends you out of the theater dancing. Definitely, grab a big box of popcorn and head to the theater for this one.