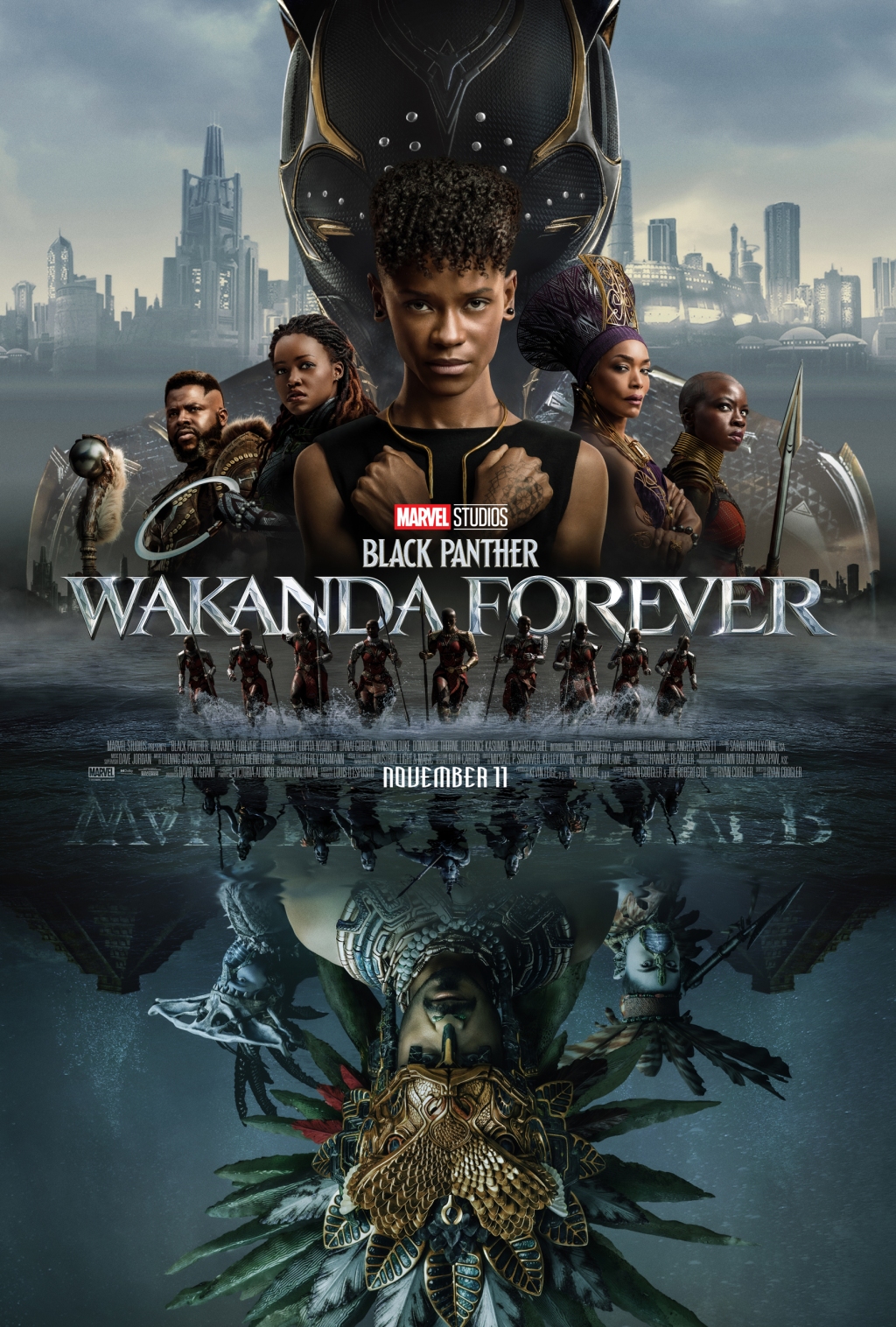 Welcome back Streamers. The long awaited Black Panther: Wakanda Forever has finally hit the theaters. Chadwick may not be with us but he’ll never be forgotten. Let’s jump into it!

Black Panther: Wakanda Forever is a spectacle. High flying action sequences, underwater sequences, pounding music, costumes and set design galore, WHALES! I mean, what isn’t in this movie. The movie features a diversity of almost everything to the likes that Marvel really hasn’t explored before, but as the TV shows pile up and Wakanda is revisited, Disney is getting the hang of it. We have storylines and themes that speak to the new generations coming into their own: allowing your culture to be a part of who you are but not all of who you are; the divide between technology and tradition don’t have to be polar opposites; it’s ok to be young black and gifted, etc. Ryan Coogler, Joe Robert Cole and crew really put thought into this movie.

WITH THAT SAID, I feel like this movie’s storyline was a bit rushed, and the attention to detail and thought put into the first Black Panther is far superior to this sequel. The movie felt a bit more business than culture this time around. Maybe that’s because the movie takes its time to honor our fallen Panther, Chadwick Boseman, but a larger part of it is that Disney has this Marvel franchise of a giant Phase wheel. It would be interesting to find out how this movie would’ve gone if Marvel waited a couple more years to produce this film and actually recast T’Challa. I think the decision to not recast will play a huge role in the success of the MCU storylines to come. But enough about that.

Since Wakanda Forever is missing its anchor in Boseman’s T’Challa, the remainder of the cast has to step up to give this movie life. Each cast member delivers the goods. The Queen, Angela Bassett, is commanding as Ramonda. Her family has been devastated, but her confidence and regal nature has not suffered one bit. Bassett has the gravitas to play a queen, but she never feels out of place in this action epic. Also, a lot falls on the shoulders of Letitia Wright. Shuri was the smart, wisecracking baby sister of T’Challa in the first movie, but now, she’s had to mature because of the tragedy that her family and people have suffered. Wright brings that grief and resilience to screen. It is true that she doesn’t have the magnetism that Boseman had, but she does very well to fill those big shoes. Then, Danai Gurira and Winston Duke add spice to their scenes and bring humor and lightness to what could have been a very heavy movie. Also, Tenoch Huerta brings the villain to life. There is a very cool design to Namor and he’s a formidable guy.

Finally, I have to specifically highlight the costumes by Ruth E. Carter. She won an Oscar for designing the costumes in Black Panther. She designed some fantastic costumes in Wakanda Forever. The funeral scenes are transcendent because of the vibrant costumes on display. The overall design of the movie is really remarkable and helps to bring the whole story to life, both in Wakanda and the underwater world of Talokan.

Long movie short, Black Panther: Wakanda Forever is a classic Marvel superhero movie with an elegant tribute to our fallen panther, Chadwick Boseman. Wakanda Forever brings hard-hitting action, technology, cool costumes, and culture to the big screen. It’s great to see diversity of different types expanding in the Marvel and Disney family. Other than the movie being super long but normal for Marvel movies, the rest of the movie is enjoyable and normal to watch. Grab a big box of fresh popcorn and enjoy this spectacle of a movie.