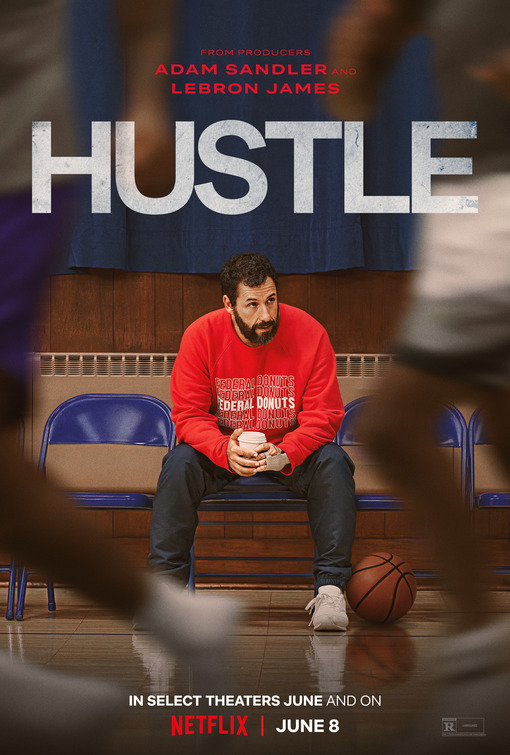 The Stream: A bit predictable

The Big Screen: Love story with basketball on screen

The Final Bill: My 2K Player comes to the big screen

As the NBA season ends with another Warriors championship, it felt right to watch Hustle. Just as Adam Sandler is a huge basketball fan, so am I. Hustle, a movie which recently premiered on Netflix, follows Stanley Sugarman (Sandler), a long time 76ers scout who has coaching aspirations. Sugarman finally finds a worthy talent in Madrid, a Spanish amateur baller, Bo Cruz. Fired up by advice from his long-time mentor, Stanley makes it his mission to groom Bo for the NBA as he believes they both can make it to where they are meant to be. Basketball montages, posterizing dunks, and giggles ensue.

In Hustle, the comedic moments work very well even though they are few and far between, especially for a movie pegged on being a comedy. We got some classic workout montages and some great basketball sequences but not as much comedy. The flick is filled with young NBA stars and cameos. I’m looking at you Professor, AO and Bone Collector! The best part of this movie is that it gives fans a look into the hard work that the young men put into making it in a league of 400. Fans take it for granted what it takes to give them 82 exciting games a year plus the playoffs. For every star we see in the making like the LeBron’s, Karl Anthony Townes, and Paulo Bancheros, there is a little known guy that is working his butt off just for a chance to be seen. That determination is what the movie embodies – the spirit of the little guy giving it all he has for his family back home whether local or foreign. On top of that, the movie gives a look at the struggle of those people who are overlooked that make the games work: the scouts, trainers, assistant coaches, and the other cogs behind the scenes. It is typical to get a movie from the head coach’s perspective but we don’t usually get the same for scouts and prospective assistant coaches. Sandler and crew do a really good job portraying this struggle.