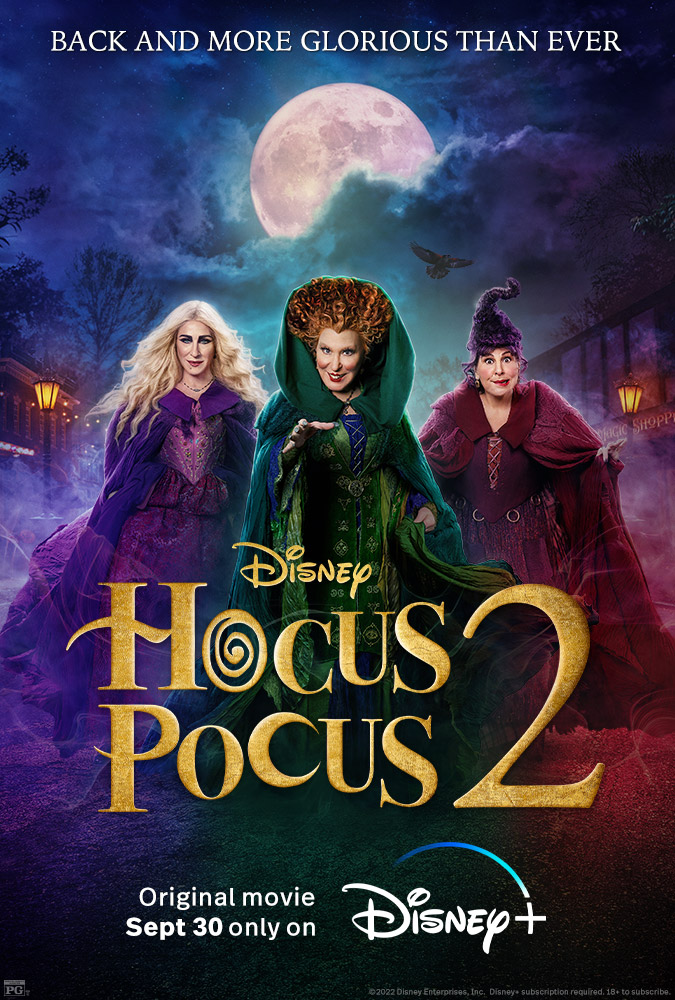 The Final Bill: An unnecessary sequel that is fun but not the same as the original

Welcome back, Streamers! Halloween season is upon us and so is nostalgia. This weekend Disney+ released the long-awaited/no one asked for sequel to Hocus Pocus, Hocus Pocus 2. Now, you probably know that this movie follows three young women who accidentally bring back the Sanderson Sisters to modern day Salem and must figure out how to stop the child-hungry witches from wreaking havoc on the world. But really who lights the black candle again?!? Let’s see how this goes.

Of course, Disney gave a lot of nostalgic moments to work with. Disney was like how can we get parents who grew up on this movie and their kids to relate? Oh, I got it bring back a franchise from 30 years ago. Let’s see if this hits and maybe we can make another kind of reboot movie. That’s what we have here. We have Better Midler doing Bette Midler things as she did 30 years ago. Parker and Najimy doing the same thing but the sisters, even though similar to back then, have gained a new sense of self in the grave to match the sentiments of today’s culture. Our young folks in this really didn’t give us life like the original cast. I feel it may have been the writing that didn’t really make them interesting or funny as compared to the first movie. HOWEVER, the real stars of this movie were the young versions of the Sanderson Sisters. The movie starts off so well with them that it’s almost impossible to not enjoy the movie from that point on. Shoot, I’d almost watch a whole movie of the adventures of the young Sanderson Sisters. DO YOU HEAR THAT DISNEY?!

Long incantation short, this overdue sequel while losing some of its original magic still has the juice. Hocus Pocus 2 is a fun movie that lacks some creativity and originality. The nostalgia abounds and most likely Disney may be setting up some more for the future. Families should grab a bowl of popcorn and watch this cult classic sequel to begin their streaming Halloween movie season.