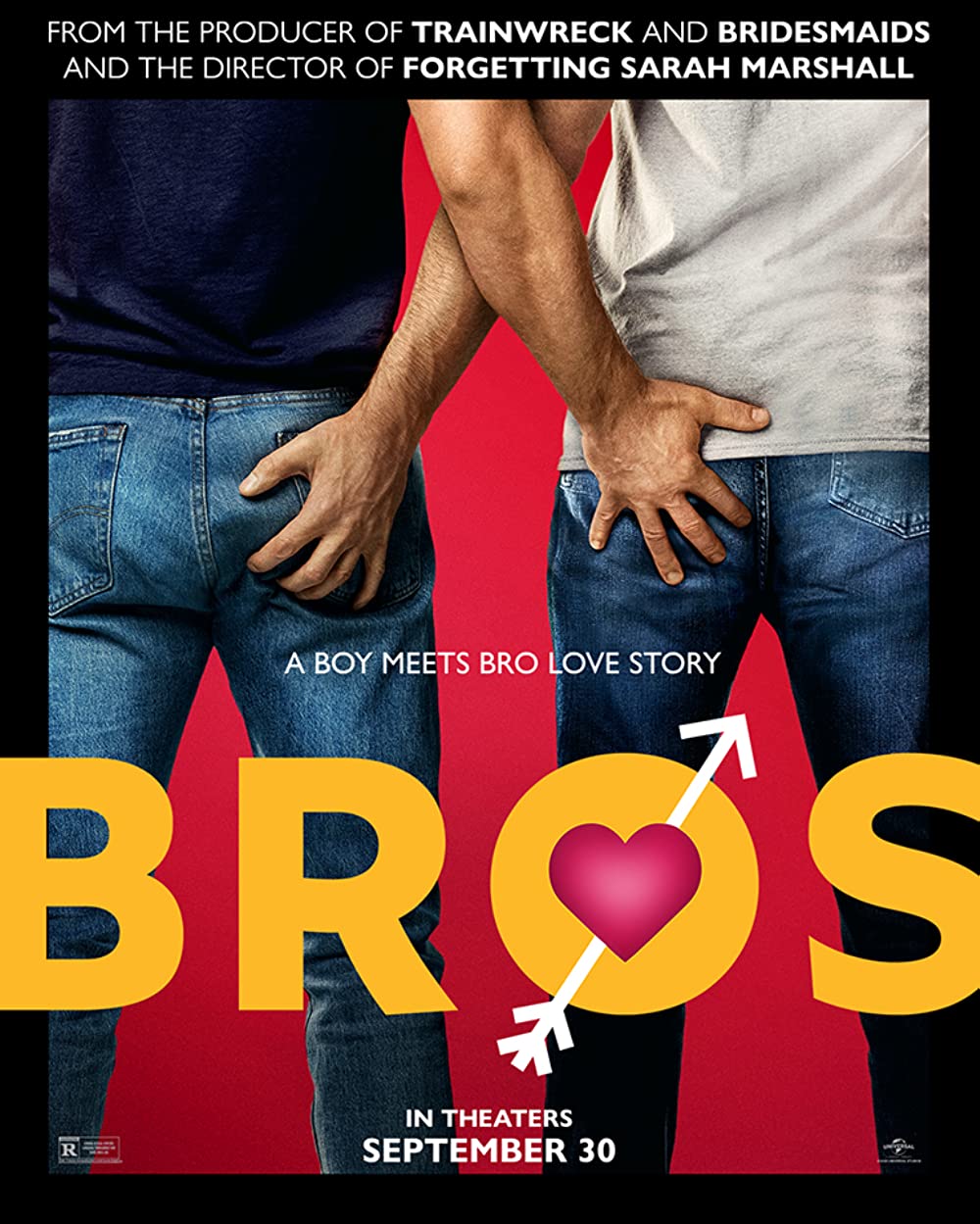 The Stream: There’s a LOT of Billy Eichner

The Big Screen: There’s a LOT of Billy Eichner

The Final Bill: A romantic comedy that’s actually funny that feels like it breezes by.

Hey, Streamers, What’s up? You know sometimes you just want to watch a movie about love. As American treasure, Lin Manuel Miranda says, “love is love is love is love.” Well, that sentiment is skewered in this weekend’s new release, Bros, which is touted as the first big studio gay romantic comedy. It’s a movie that seems to have been getting that serious promotional push. Billy Eichner has been everywhere, so I made my way to the theater for some laughs and bromance. Is “bromance” a word? Here’s how it went.

Yeah, Bros is a conventional romantic comedy with a gay courtship at its center. Billy Eichner wrote the screenplay with the film’s director Nicholas Stoller, who has been responsible for other comedic heights from the Apatow universe like Forgetting Sarah Marshall. This one is more like Trainwreck with Billy Eichner in the Amy Schumer role. Anyway, Bros is about Bobby Leiber (Eichner), a podcaster, who is trying to open the first LGBTQ+ history museum in New York. Bobby meets Aaron Shepherd (Macfarlane), a hunky, probate lawyer, who Bobby thinks can’t possibly be into him. In typical romantic comedy fashion, the movie follows the ups and downs of Bobby and Aaron’s courtship through their hookups, misunderstandings and the trials of getting the LGBTQ+ museum launched. Bro-y hijinks ensue with Billy as Bobby on the street. (*see what I did there*)

There are two things you need for a good romantic comedy: romance and comedy. Bros checks both boxes. Billy Eichner and Luke Macfarlane have good chemistry with each other. There are sweet and emotional scenes that show why these characters keep connecting with each other. Then, there is also a hilariously raunchy love scene that’s as confusing as it is funny. This is where the romance and the comedy intersect. It is very apparent that this movie is in Billy Eichner’s voice. Early on, the film has a fast pace and high density of jokes. There are unexpected cameos and asides used to heighten the comedy and it is very often LOL-worthy.

On the other hand, I will say that if your mileage for Billy Eichner does not go far, then you may be exhausted by the end of this movie. At one point, it all gets very yell-y, which is too Billy-on-the-Street for me. The content of the comedy is consistently good, but the delivery can get grating. Otherwise, Bros is a fun and funny night at the movies.

Ultimately, Bros hits the mark for romantic comedies. It hits its necessary romantic beats with a good couple that has strong chemistry. The comedy is consistently funny and clever even if it does lean a bit too much into Billy Eichner’s scream-y persona. Nevertheless, it is fun, fast-paced and worthy of a trip to the theater with a big box of popcorn.